I’ve loved these days: a much-delayed love letter to NYC

We were on our way to meet Nash and Eddie. And that’s why this South by Southwest was going to be different – instead of wearing out a pair of shoes going from club to club, this time I was bringing friends to me and I was playing roadie, a role I hadn’t really done since my early artist management days traveling with Ron Sexsmith across the US, and before that with Cheralee Dillon and Bob Wiseman across Europe in an old van with a transmission that blew up somewhere in the foothills of southern France. 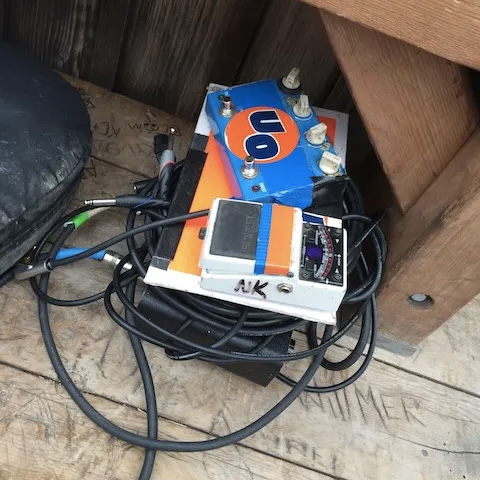 Naturally I was excited (ed note: I am listening to The Supersonic Storybook vinyl as I write this to get my head in the game – the guitar break in The Candidate slays me every time, as does the next jam, Blackie’s Birthday). Urge Overkill was a fixture of my indie-rock awakening in the early 90’s, when I was getting started as a fledgling manager. I remember seeing them at the Brewery in Raleigh, NC, with those bad-ass UO medallions hanging around their necks. I have exceptionally broad music taste and will happily listen to metal juxtaposed against a classical track followed by old country or alternative acoustic, but at heart I am a rocker and am super content to have my music heavy, loud, transition-heavy and math-rock preferred, with lots of time signature changes and plenty o’ guitars. Anti-pop. Urge gave me all of that, as well as a pathway to Touch and Go Records as a music client nearly fifteen years later.

But tonight in 2014 was all about the bands, and we were almost there. Peter Zimmerman and I arrived at the Ginger Man in Austin, set up picnic tables outside, and prepared for the first (and last) annual (not really, it turned out) Dogfish Head/Toolshed SxSW party. Amy Ray headlined, with Basia Bulat, Haley Bonar, Autumn Defense (John and Pat from Wilco), Future Monarchs (Brendan Benson), Nicole Atkins, and others. It was a killer afternoon, lots of my friends showed up to watch. And then…Urge.

The pics kind of speak for themselves, so I’ll let them do most of the talking. My job was to make sure the band made it across town with no unscheduled stops at the bar, to schlep the amps, to take photos (self-appointed, that one), and pick up a paycheck from the club at the end of the eve. I hailed a Game of Thrones pedicab after their outdoor Ginger Man set (GoT was huge at SxSW in 2014), and put their amps and guitars in the back of another one. Then ran *after* the band and equipment pedicabs, trotting through the streets of Austin, heading to their late evening second gig…to stop anyone who decided to run past and help themselves to a guitar or amp out of the back of the pedicab as it rolled by. 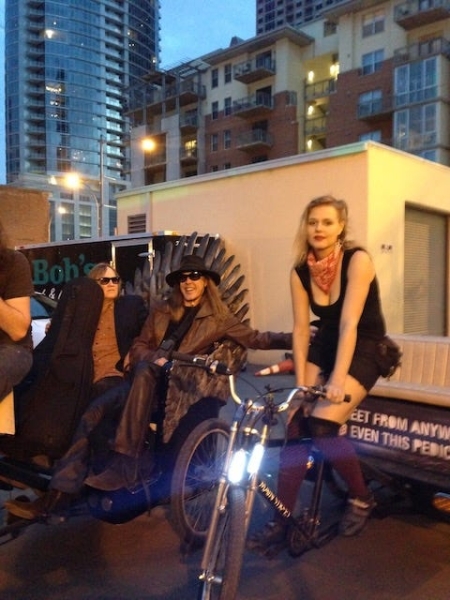 I’ve seen these guys a bunch of times since, they never fail to say hello and be their same damn friendly selves. And I’m sorry, but that Ibanez Iceman is the funky-cold-medina coolest guitar on the planet in Nash’s hands. I’ll always be a fan. UO forever. \000/

It’s taken me nearly a year to get the following out. Writer’s block. I couldn’t figure out how to bookend my time in New York City, the place where my life switched from dreaming about making a living in music to actually making a living in music. So I started by finally finishing an update to my website, one of my last vestiges of my old life in NYC, which launches with this blog post.

We moved to New York in 1997. Sure, I had visited many times prior, but this was a career move that came with a job at an independent record label, a paycheck, and one surreal music event after another for this farm boy from a tiny northern Michigan town. Every job up to that point in my life had been in service of a music career, and now the dog had caught the proverbial car and I started living the seedy but beautiful underbelly of the New York music scene in earnest. Remember the bathroom at CBGB’s?

Twenty-four years, three little girls turned teens, and a beat up old farm-turned-slice of heaven in the Hudson Valley later, and change was again on our doorstep. 2021 brought a trip west to fulfill a dream that both my partner Sally and I had had as long as we could remember.

But first we had to leave.

I was listening to an interview once with Frank McCourt. He was talking about ‘Tis: A Memoir”, and his experience as an immigrant growing up in New York City. I couldn’t dig up the actual reference, but the interviewer asked him when he finally thought of himself not as an Irish immigrant, but as a New Yorker? His answer was, “You’re a New Yorker when you think you are”.

I can’t count or list the experiences that made me a New Yorker, from a rural farmboy with zero fashion sense (that has lasted) in northern Michigan. Did it happen when we scored a place above a dentist’s office in Carroll Gardens, Brooklyn? Perhaps it was the 495th time I hopped in my car to drive to NYC while many of my pals were settling in for the night, knowing and not caring that I would be driving 60 miles back home in the dregs of the late, late city scene only to be on little girl breakfast duty the following morning. The fire in our farmhouse that inspired Sally and me, rather than crushed us. The horrifying cold-blooded murder of my Toolshed business partner and close friend Jeffrey’s fiancé, the magnificent births of friends’ children. The expected, and what you don’t see coming that comes with living in a major urban center.

There were so many midsummer nights, those magical New York evenings, where you’re walking around the city, taking a longer way than a straight line to where you’re going, experiencing the sights and smells of a city basketball game, wandering past eclectic boutiques with homeless New Yorkers sleeping in doorways, and you think “this is my city, I am of this place”.

If there was a defining experience, it might have been a pea-soup foggy evening in late October 2001. Much of lower Manhattan was blocked off. I had been downtown seeing a band at the old Knitting Factory down on Leonard street (I just read, sadly, that their Brooklyn location finally closed)), and was walking back to my car parked in a cheap lot on the west side. There wasn’t a soul on the streets, and all sound was dampened. Even my footsteps felt muffled. I had walked west, and came to a streetlight and a corner. And out of the impenetrable fog drove a semi, a flatbed, with one massive, twisted support girder from the World Trade centers on the bed. It looked like a work of pretzel art, almost elegantly twisted, the inconceivable force needed to create those twists of cold steel. The semi stopped at the light and I just stood there and looked at it. This was pre-cell camera, so I only have the memory. But I waited for a full light just staring at this 2 foot thick twisted hunk of metal on the bed of that truck. Metal that once held up a building that I remembered visiting with our middle daughter Camille when I moved to NY. And then the light turned green, the semi lurched forward, into the fog, into the night, the pea soup of the evening swallowing it whole. And only I was left, alone on a corner in New York City, the city I called my home.

I’ll visit New York often, both in writing and in person. But from here, I move west, and that journey is where we’ll pick up for next month’s story.

Songs From Me to You

How do you spell non-fungible token? 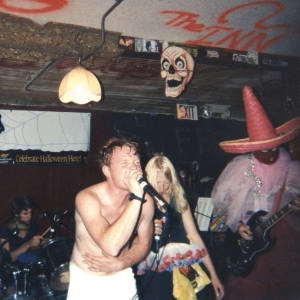